Is the SensorLink® Ampstik® able to measure a shielded cable?

Where is the best place to accurately measure an underground cable?

On an underground system, the best place to measure current is above where the concentric neutral is tied to ground on the elbow. 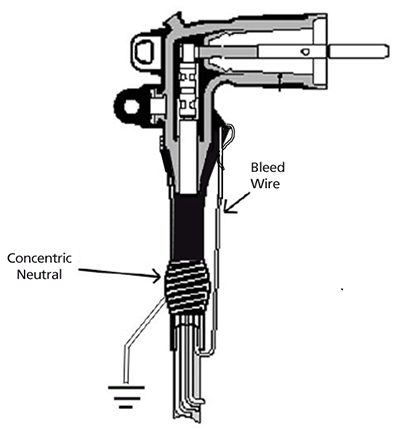 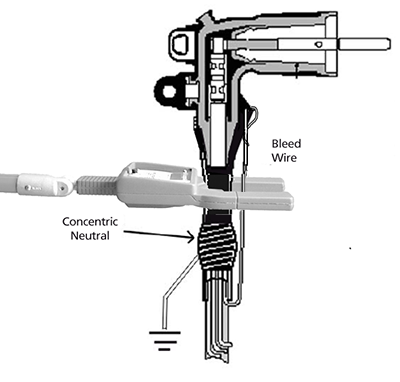 Does the Bleed Wire have an influence on the measurement?

There is very little influence onto the bleed wire and has little influence on the measurement. The Bleed Wire is in place to discharge capacitive voltage from the semi-con on the elbow. The elbow would be in failure mode with any significant current on this wire.